Louise Penny's (#9) There is a crack in everything. That's how the light gets in.

[A Trick of the Light]The Cruel Art World

Any owner of a high-end art gallery was immediately suspect, of arrogance if not murder. Jean-Guy Beauvoir had little tolerance for either.

“She asked André Castonguay how big his dick was.”
“I did not. I asked how big a dick he was. There’s a difference.”
Despite herself, Clara smirked. She’d often wanted to ask gallery owners the same question.

“And I say they are, and who’s to say who’s right? That’s what drives artists and dealers crazy. It’s so subjective.”

[A Trick of the Light]好人難做

[A Trick of the Light]：當伴侶是同行－－藝術家夫婦Peter & Clara

In the distance he heard the almost haunting blast on a plastic horn. A call to arms, a call to party, a call to youth. Gamache heard it, but the call wasn’t for him. He had another calling.


智慧之言：
That was the danger. Not that betrayals happened, not that cruel things happened, but that they could outweigh all the good. That we could forget the good and only remember the bad.

莎士比亞：
As Shakespeare said, the best way to peace is to have a still and quiet conscience.” Or none at all, thought Gamache, watching Mr. Blake with interest.

關於宗教：
Gamache thought if his church spoke more about joy and less about sin and guilt, he might be tempted to return himself.

好尖酸，形容一個狂人。他不是半瘋，而是瘋癲王國的統治者！
“Bordering?” asked Rene. “He was the capital of the state of madness. Augustin Renaud was the Emperor of it. Bordering,” he muttered.

我也經常被別人的房子嚇到（包括各方面）
He’d seen hideous conditions, and uncovered hideous things and yet he was constantly surprised by how people lived.

三松村的幾位村民好友閒時喜歡玩「幻想旅遊」這個遊戲，他們會在旅遊廣告選一個目的地，然後假設自己正要出發到那裡去。
“This is fantasy money for a fictional trip. Cheap, but fun.”

不解釋：
“Tea?” Monsieur Doucet asked. Within minutes the two men were sitting at the back of the tiny store in a cave of books, of words, of ideas and stories

關於謀殺的描述：
A single, catastrophic blow. It was extremely rare. A person, if hit once, was almost certainly hit often, the murderer in a rage. He’d rain blow after blow on his victim. Almost never did they find just one blow, hard enough to kill. It meant someone was filled with enough rage to power a terrible blow, but enough control to stop there. It was a frightening combination. 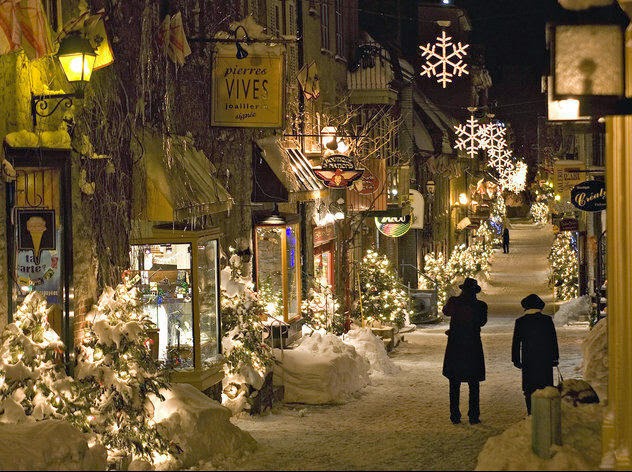 Kids were wrapped and bound, mummified, preserved against a bitterly cold Quebec winter and heading for Bonhomme’s Ice Palace, or the ice slide, or the cabane a sucre with its warm maple syrup hardening to taffy on snow.

Lights were appearing in homes and restaurants, reflecting off the white snow. It was a city that lent itself to winter, and to darkness. It became even cozier, more inviting, more magical, like a fairy-tale kingdom. And we’re the peasants, thought Elizabeth with a wry smile.