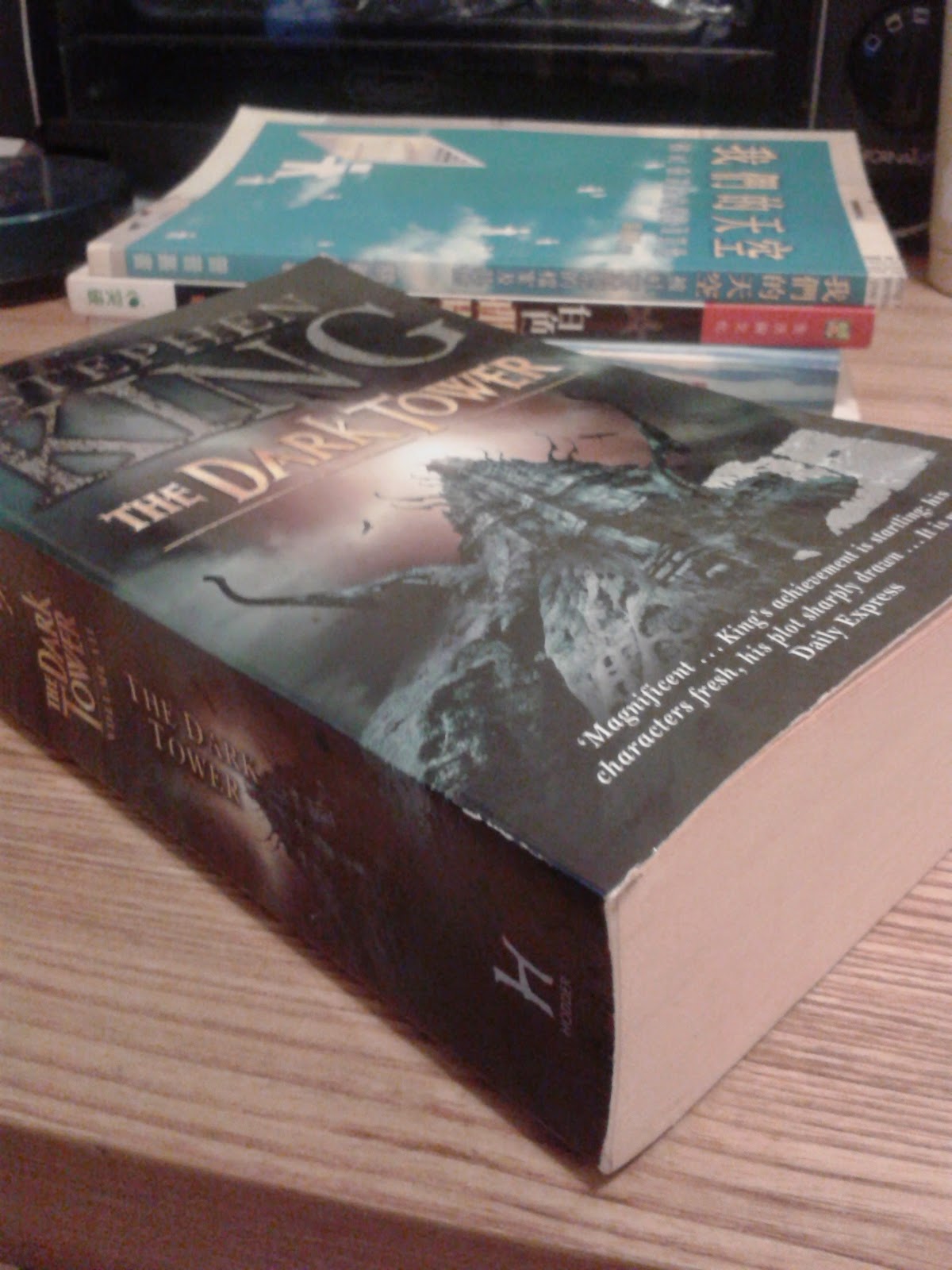 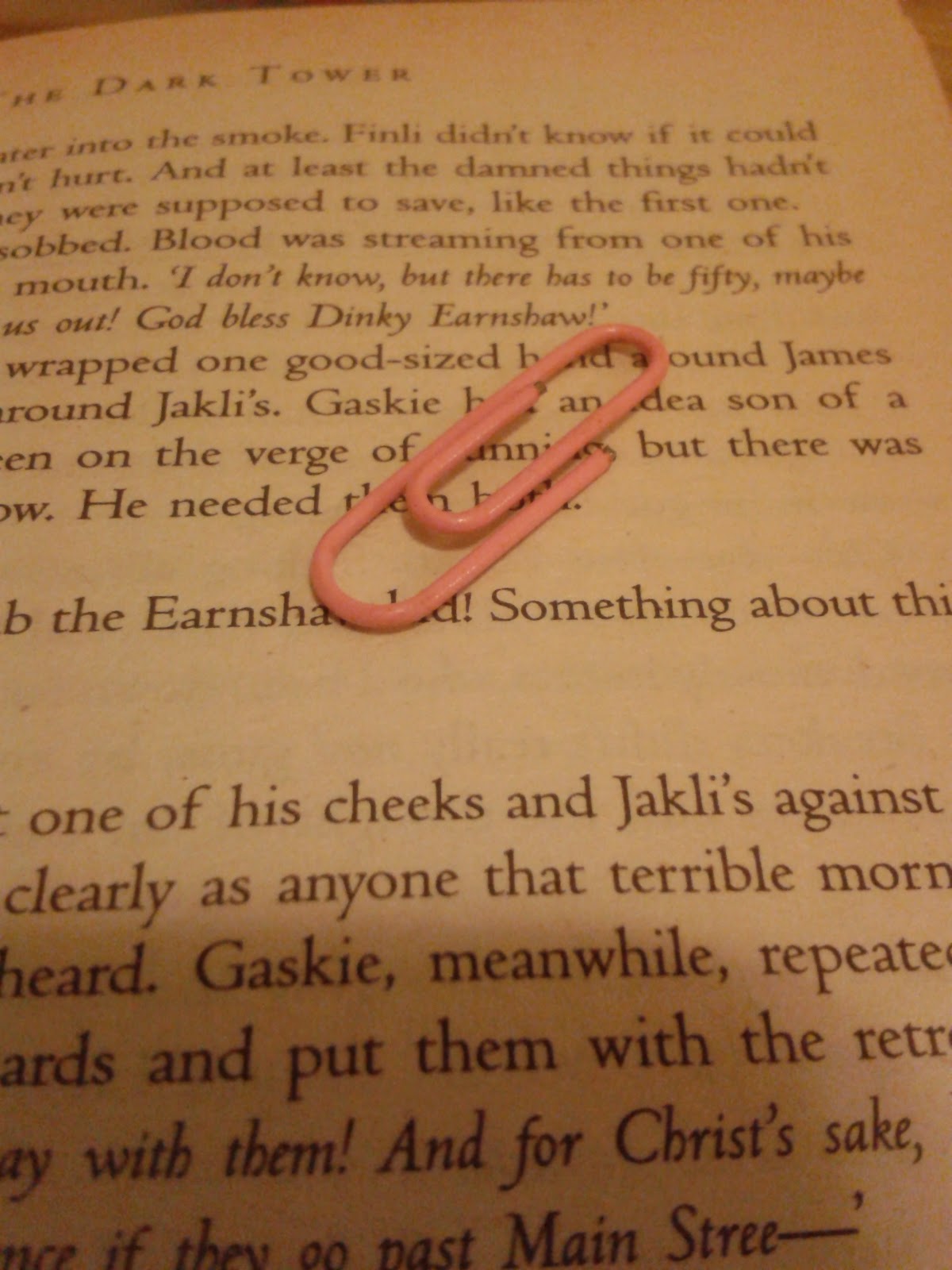 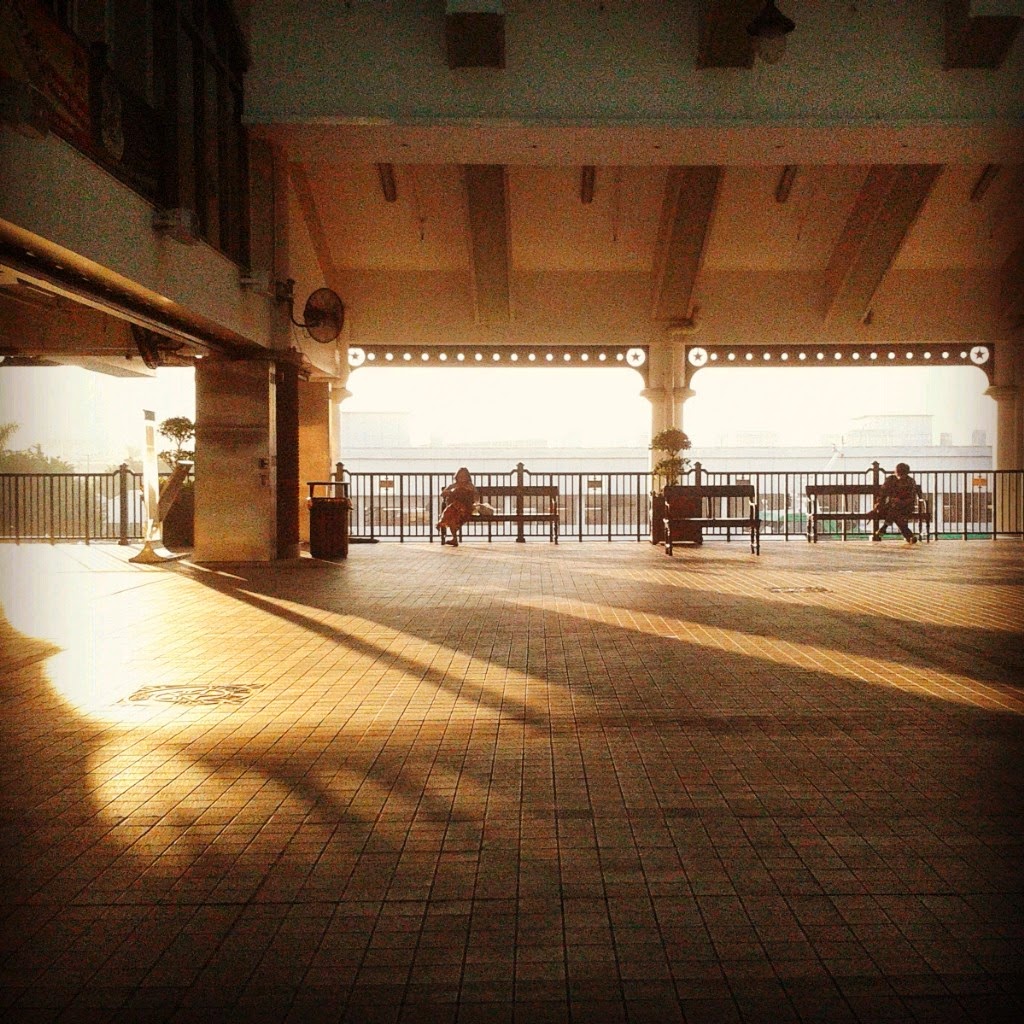 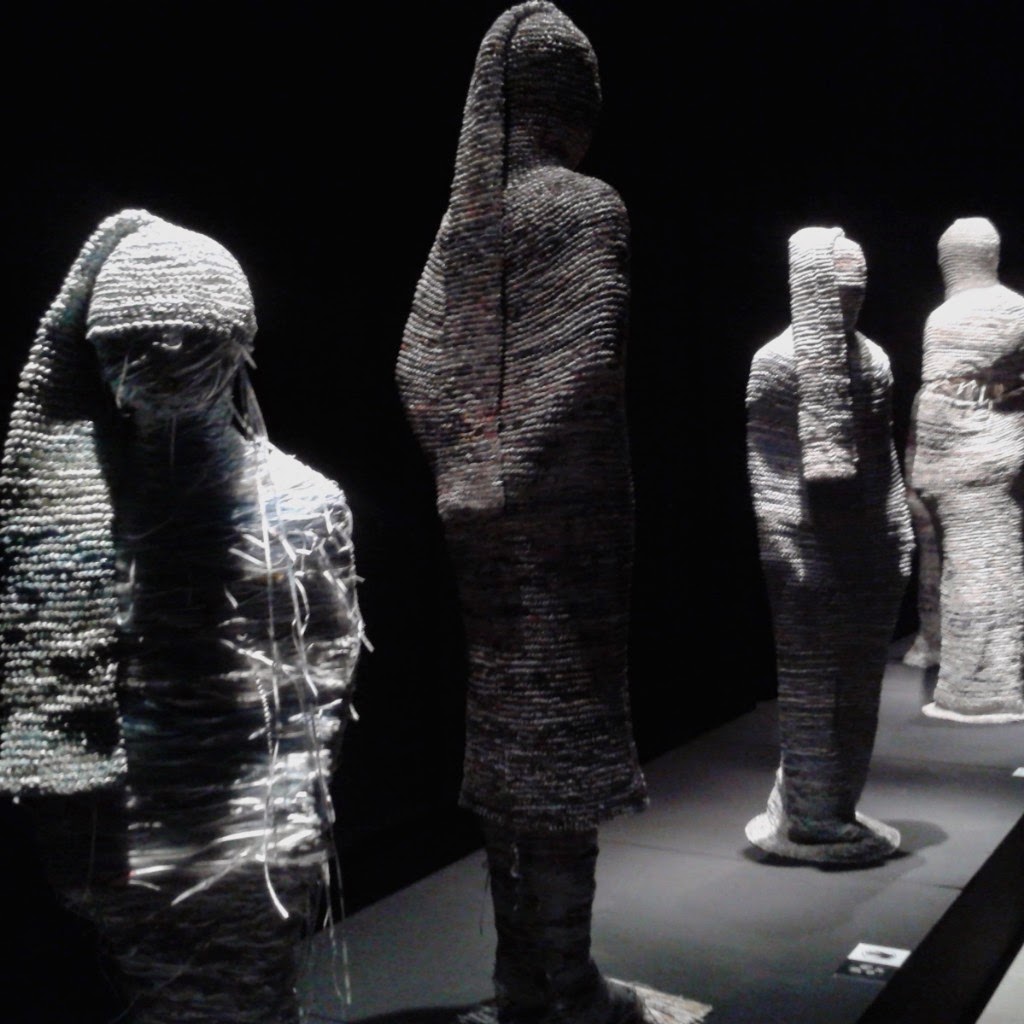 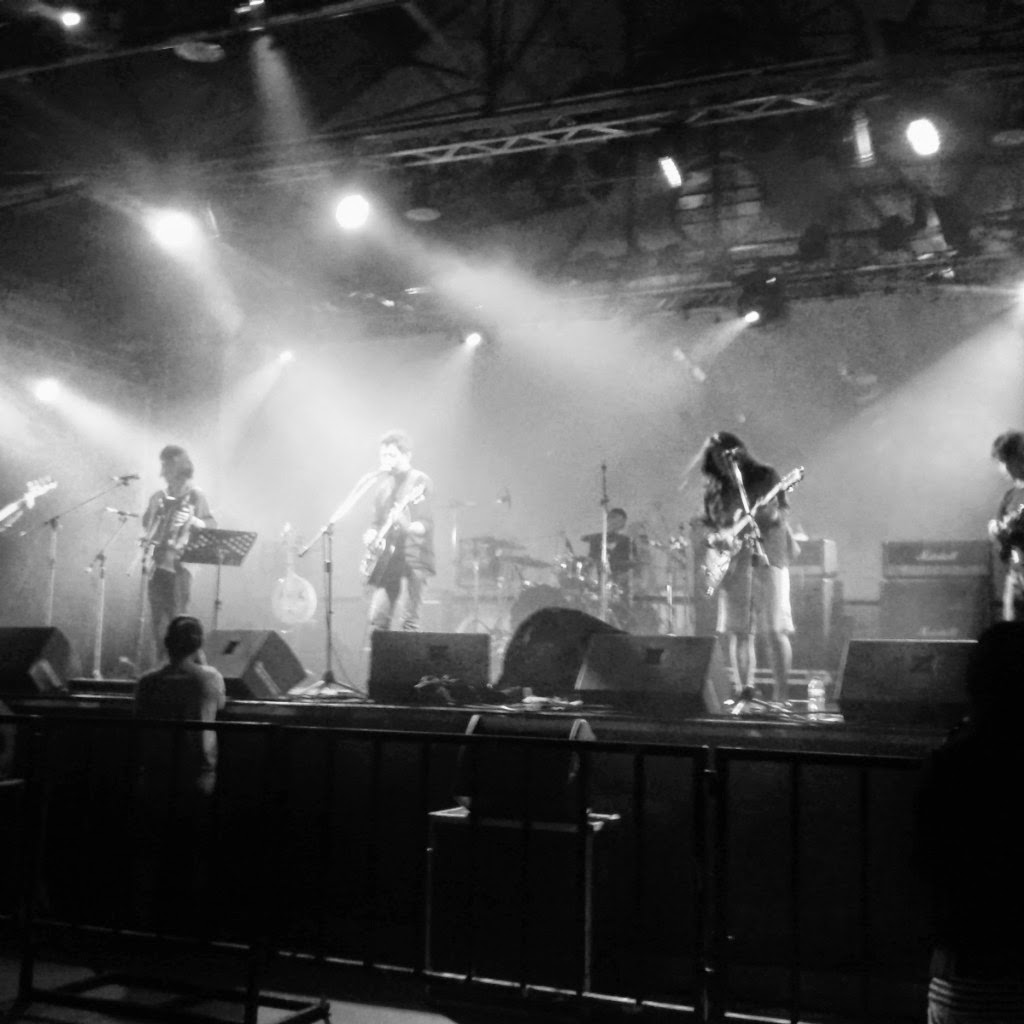 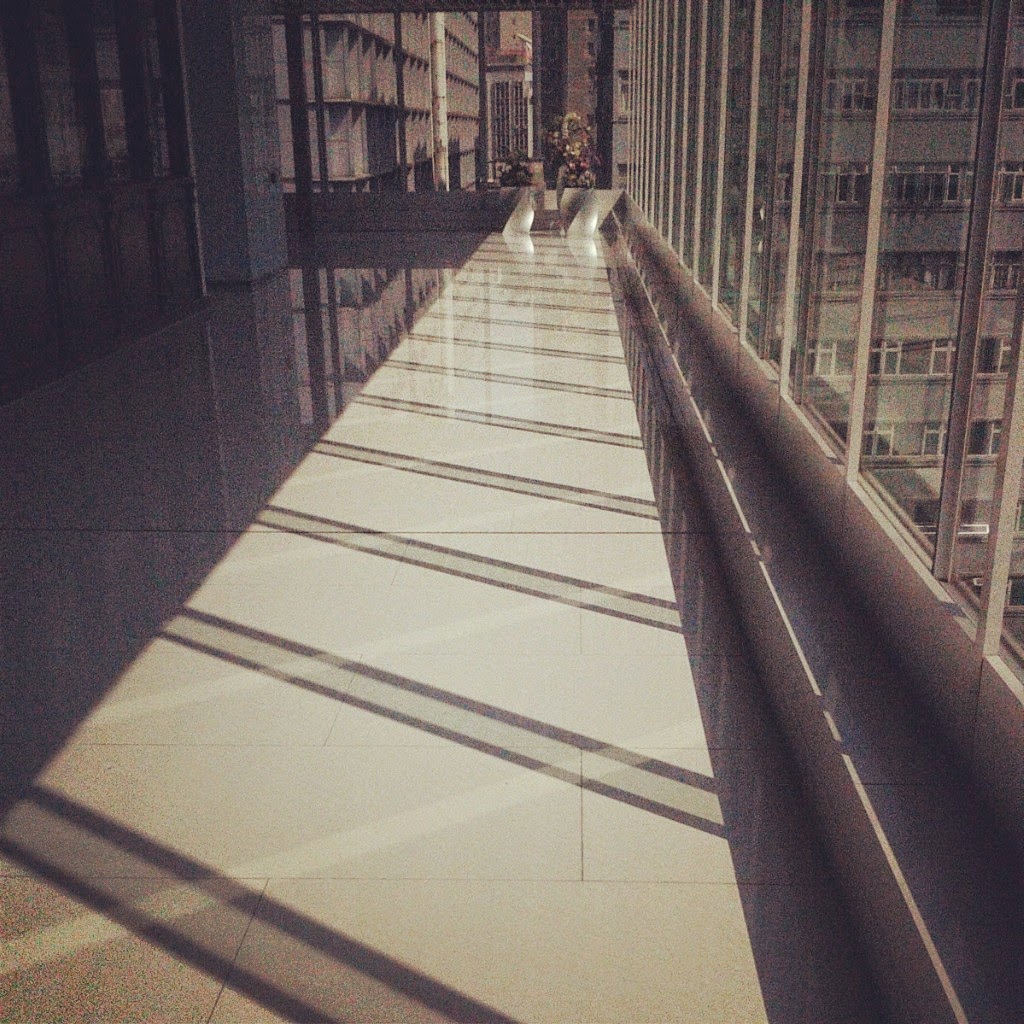 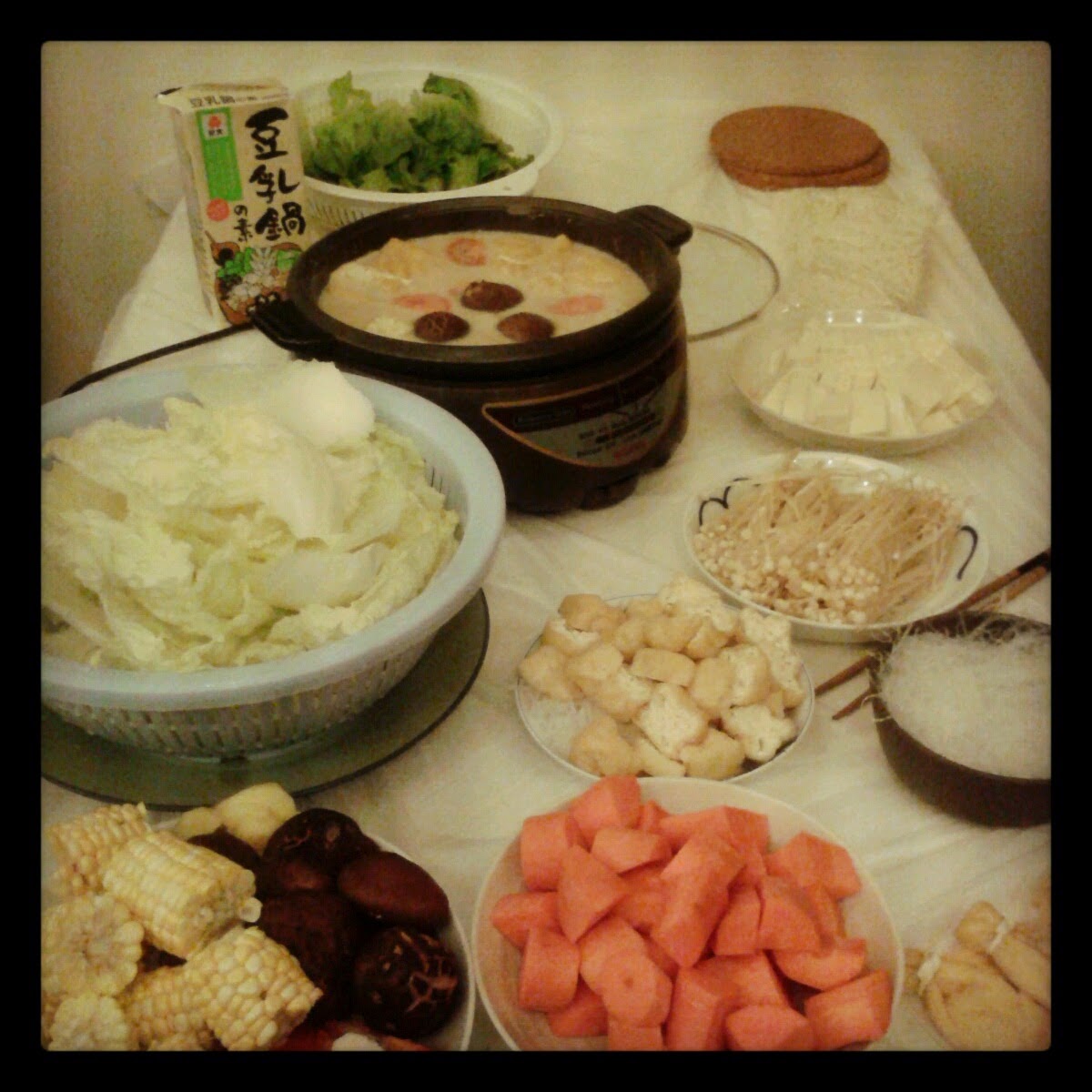 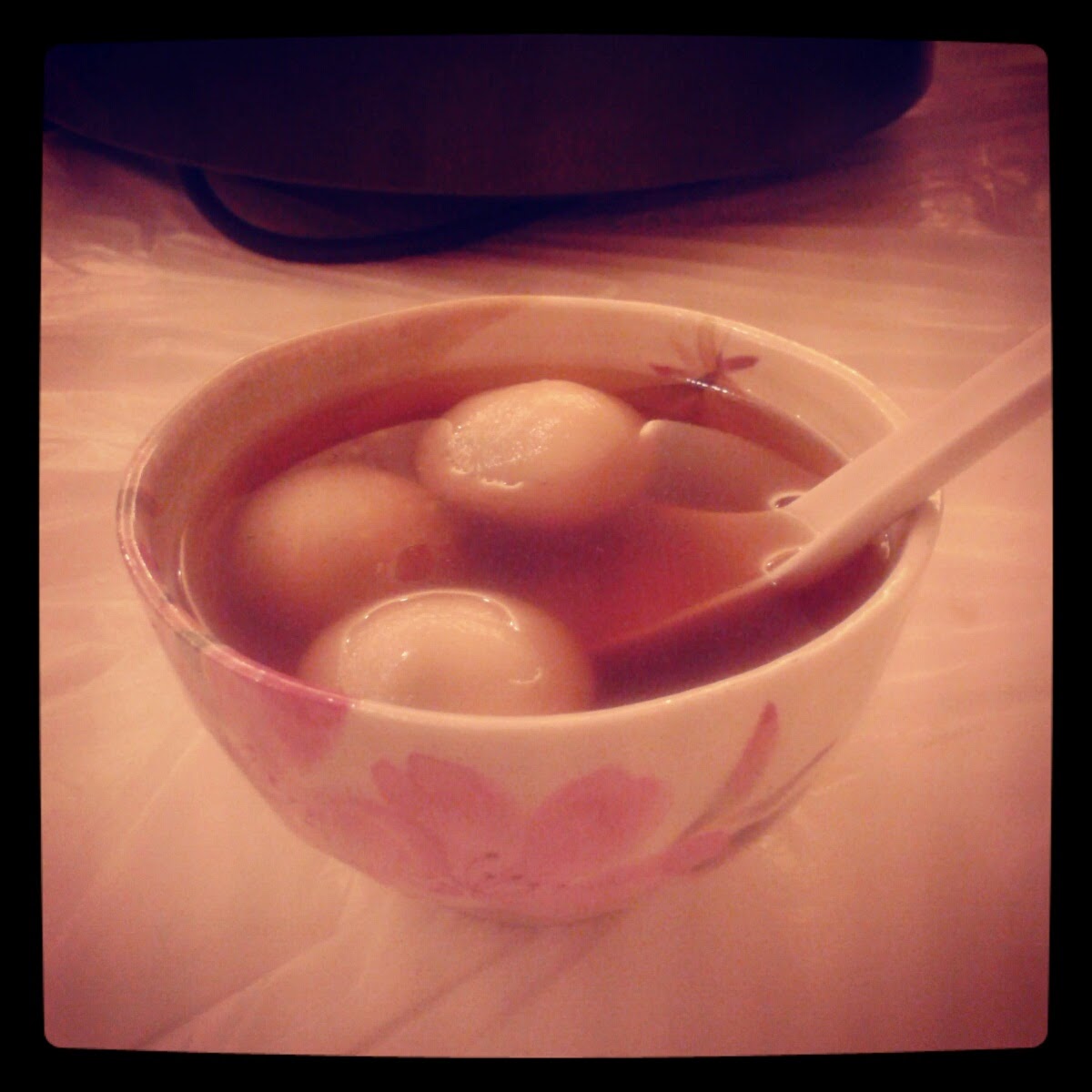 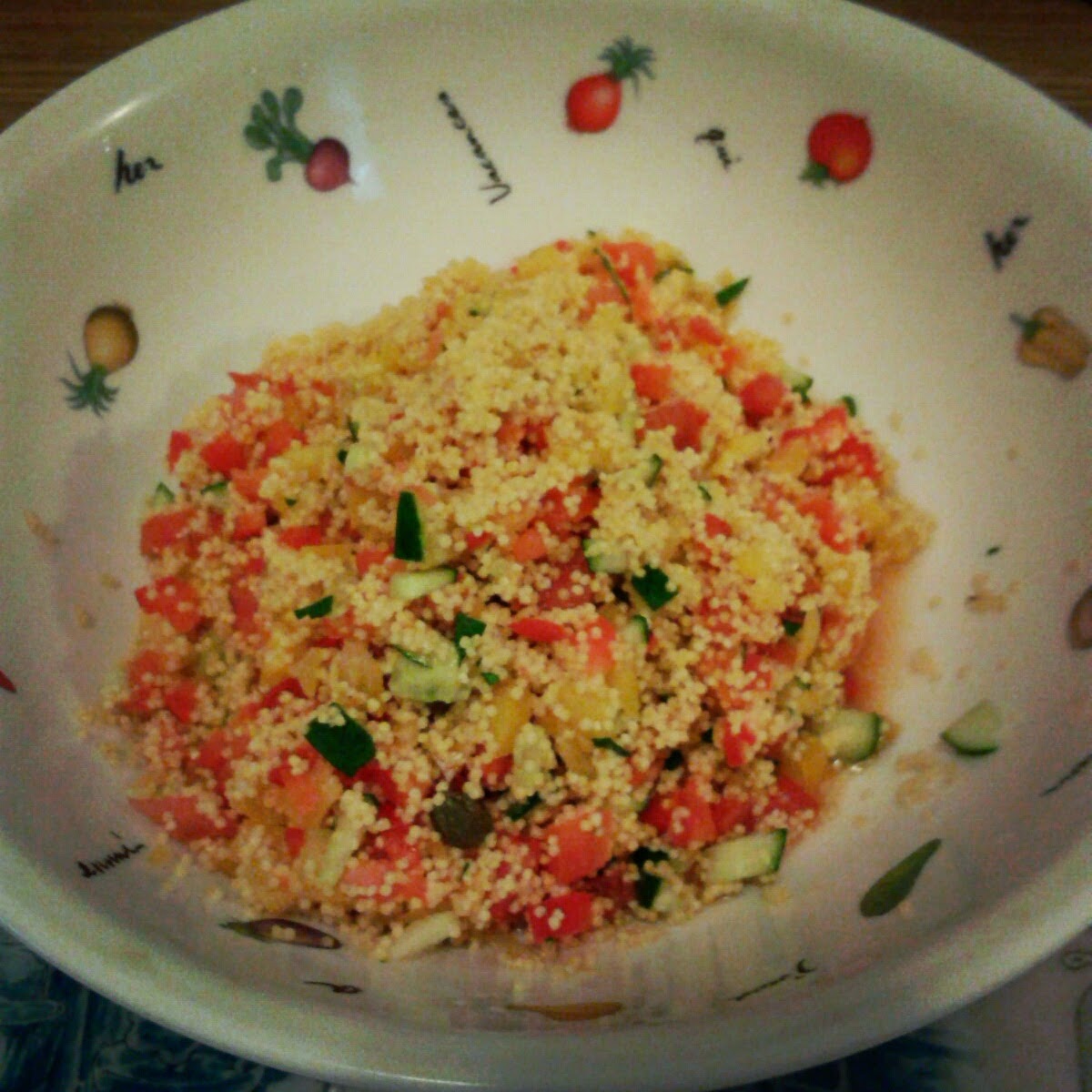 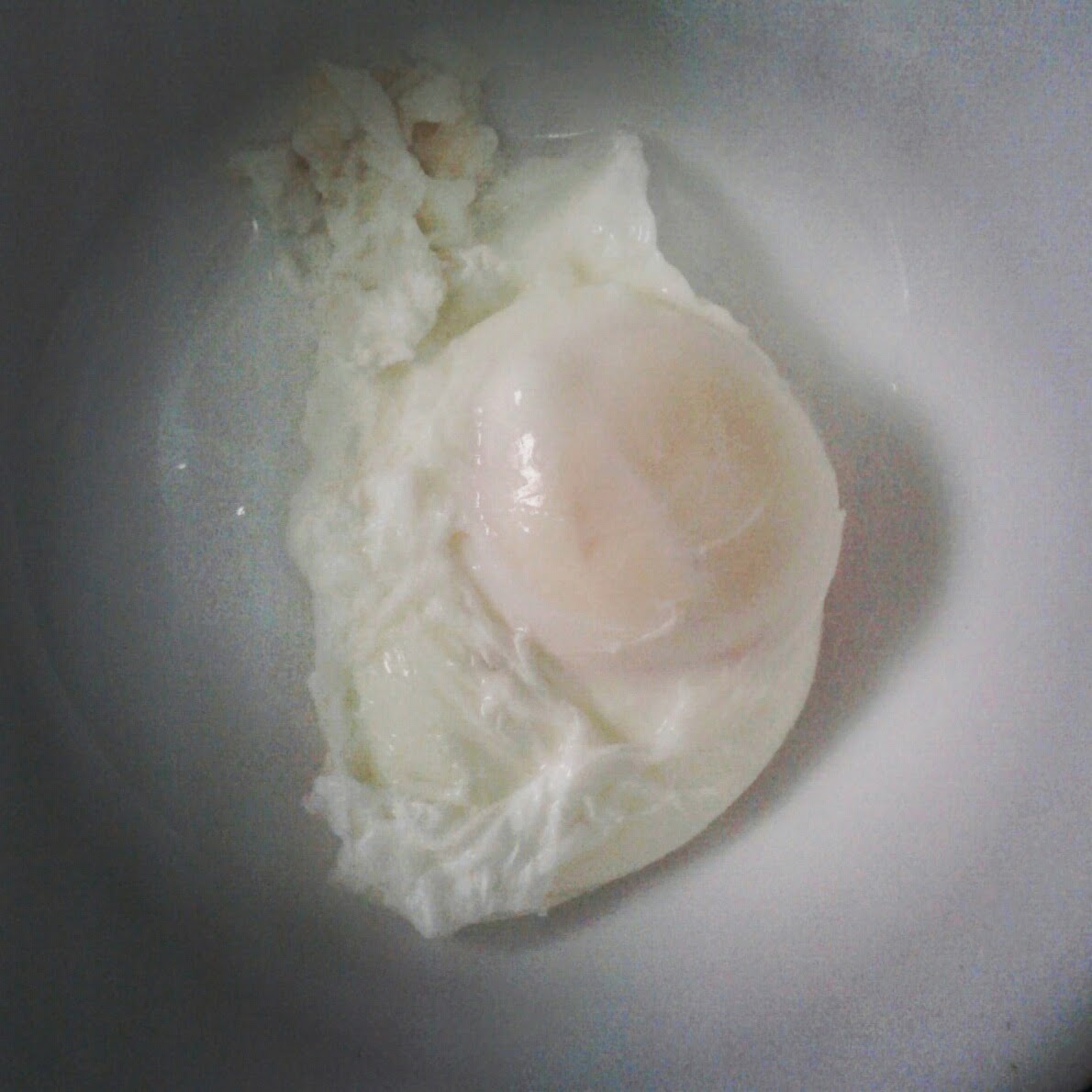 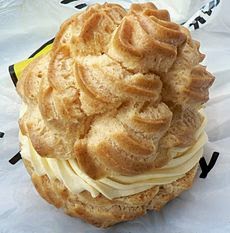 Their main courses had arrived. A fruit-stuffed Rock Cornish game hen, done on the spit, for Gamache; melted Brie, fresh tomato and basil fettuccine for Lacoste; and a lamb and prune tagine for Beauvoir. A platter of freshly harvested grilled vegetables was also brought to the table. Gamache’s chicken was tender and tasty, delicately flavored with Pommery-style（一種香檳） mustard and vermouth（苦艾酒）. 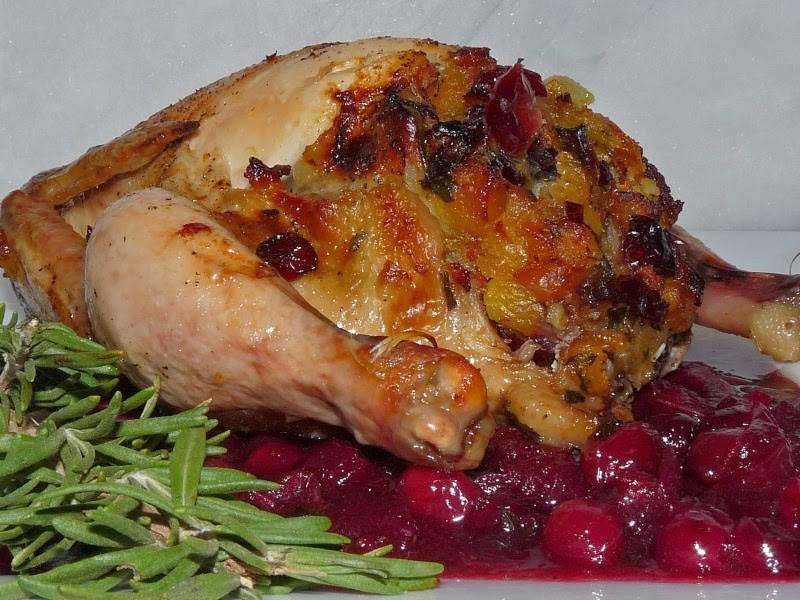 Well, yes, okay. Maybe the torte. Listen, we come here because of you. You’re the attraction. We love you, Olivier.” Olivier raised his eyes to hers. He hadn’t realized, until that moment, that he’d always been afraid their affection was conditional. He was the owner of the bistro, the only one in town. They liked him for the atmosphere and welcome. The food and drink. That was the boundary of their feelings for him. They liked him for what he gave to them. Sold to them. Without the bistro, he was nothing to them.
－有時我也有類似疑問，別人喜歡我，是因為我是我，還是因為我做的事？Is their affection conditional?

Olivier felt like a little boy again. While other kids ran around collecting frogs and sticks and grasshoppers, he’d sought reassurance. Affection. He’d gather up the words and actions, even from strangers, and he’d stuff them into the hole that was growing. It had worked. For a while. Then he’d needed more than just words.
－他是個缺乏家庭溫暖的人。有些人最終會toughen up，找到自己所愛，建立家庭，然後將滿滿的愛傾灑在子女身上，以彌補他們小時候沒有的。有些人的傷口永不癒合，無論什麼也填不滿心裡的黑洞。

So far so good, thought Morin. Seems the idiot agent act is working. Now if only it wasn’t an act.
－我很喜歡這位Gamache「執回來」的新探員。他看上去魯鈍，對自己缺乏信心，但又想努力做好，很可愛！

At least his family compared well to people who actually killed each other, rather than just thought about it.

And what a tale those eyes told Gamache. In them he saw the infant, the boy, the young man, afraid. Never certain what he would find in his father. Would he be loving and kind and warm today? Or would he sizzle the skin off his son? With a look, a word. Leaving the boy naked and ashamed. Knowing himself to be weak and needy, stupid and selfish.
－剛看了明珠台的Chronicle，男主角的父親便是這種人。現實中我也見過這種父親，深深感受到他為兒子帶來的傷害。

So that the boy grew an outer hull to withstand assault. But while those skins saved tender young souls, Gamache knew, they soon stopped protecting and became the problem. Because while the hard outer shell kept the hurt at bay, it also kept out the light. And inside the frightened little soul became something else entirely, nurtured only in darkness.
－噢！這就是Chronicle的劇情！可惜世上還有很多虐待兒女的父母。

Dust swirled in the little light that struggled through the window.
－純粹喜歡這個畫面。

The oil lamps threw light very unlike anything an electric bulb produced. This light was gentle. The edges of the world seemed softer.
－也喜歡這個畫面。

He was like Pinocchio. A man made of wood, mimicking humanity. Shiny and smiling and fake. And if you cut into him you’d see rings. Circles of deceit and scheming and justification.

”Most unhappiness comes from not being able to sit quietly in a room.－Pascal”

Myrna knew everyone’s tastes, both the ones they declared and their actual ones.
－Myrna是一間二手書書店的店長。是的，有些人會隱藏自己的閱讀興趣。

Any progress on what ＂woo＂ might mean?” “There’s a film director named John Woo. He’s from China. Did Mission Impossible II,” said Morin seriously, as though giving them vital information.
－摘錄這句，只想說，為何不是He's from Hong Kong呢？

And as she walked she thought about Emily Carr. And the ridicule she’d endured at the hands of gallery owners, critics, a public too afraid to go where she wanted to take them. Deeper. Deeper into the wilderness.
－這讓我有興趣了解Emily Carr的身平。書名The Brutal Telling也來自她的話。她本來與父親親厚，但後來卻疏遠父親。沒人知道為什麼。我上網查，找到這段字：Carr was extremely close to her father before an incident in her adolescence — which remains unclear but which Carr later referred to as the "brutal telling" — irrevocably destroyed their relationship. Her sensitivity and her devotion to art isolated her from her sisters, who failed to understand either her work or her desire to pursue it in spite of financial strain. Throughout her life, Carr remained steadfast in her commitment to art despite her family's lack of support.（http://www.museevirtuel-virtualmuseum.ca/sgc-cms/expositions-exhibitions/emily_carr/en/about/index.php）

Lies annoyed the Inspector the truth seemed to piss him off even more. Especially when it was inconvenient.

How about violin?” asked Morin. Beauvoir looked at him again as at an unexpectedly bright chimp.
－Morin是那個遲鈍的新探員，免不了被Beauvoir看不起。這句話刻薄得來很好笑！

baking? We could. It’s what I love to do. But Sarah’s Boulangerie was already here. She’d lived in the village all her life. The bakery belonged to her grandmother. So we opened a bistro instead. All our croissants, and pies, and breads are baked by Sarah. We adjusted our dreams to fit the dreams already here.
－這是個很好的心態。現在的人時興跟風，你在這條街開特色小食店成功，很快便有其他人跟風，令同類小食店開滿一街，「做爛個市」。而在三松村，人們會為其他人著想。在Gabri和Oliver來到這條村時，村裡已有餅店；Gabri和Oliver便不開餅店，改為開餐廳，亦不會自己焗餅，而會向那間餅店入貨。這才是和諧社會（「和諧」應該是這個意思吧）。

it was vital to be aware of actions in the present. Because the present became the past, and the past grew. And got up, and followed you.

How to explain how reasonable, brilliant even, this all seemed at two thirty in the morning. In the dark. With a body ten feet away.
－夜深時份反應會遲純些。

“My favorite quote from Thoreau is also from Walden,” said Gamache. “A man is rich in proportion to the number of things he can afford to let alone.”

Olivier reached across the mountain that was his partner and took the call.
－身型像山一樣，哈！

The phone rang again. It was a sound they knew well. Somehow different from other phones. It was the ringing that announced a death.
－朋友說笑，有些人有等巴士運，有些沒有。有運的，到了車站不夠，想等的巴士便出現；沒運的，未走到車站前便眼見兩部要等的巴士開走（我試過，還要是同號碼的），或等了二十分鐘都沒有車。你聽過常有人說自己沒抽奬運嗎？究竟會否有人特別有／沒運氣？這是否錯覺？覺得電話鈴聲會因應內容而改變，可能是這路思想。

“Really, Papa, not even Henri would go out in this.” Henri leaped up and ran to get his ball. The fatal words, “Henri” and “out,” had been combined unleashing an undeniable force.
－可看出Louise Penny愛狗，她懂得寫狗。

What kills can’t be seen, the Chief had warned Beauvoir. That’s what makes it so dangerous.
－Penny的每本書都有形容謀殺的金句。

Murders are about emotions. Emotions gone bad and gone wild. Remember that. And don’t ever think you know what someone else is thinking, never mind feeling. 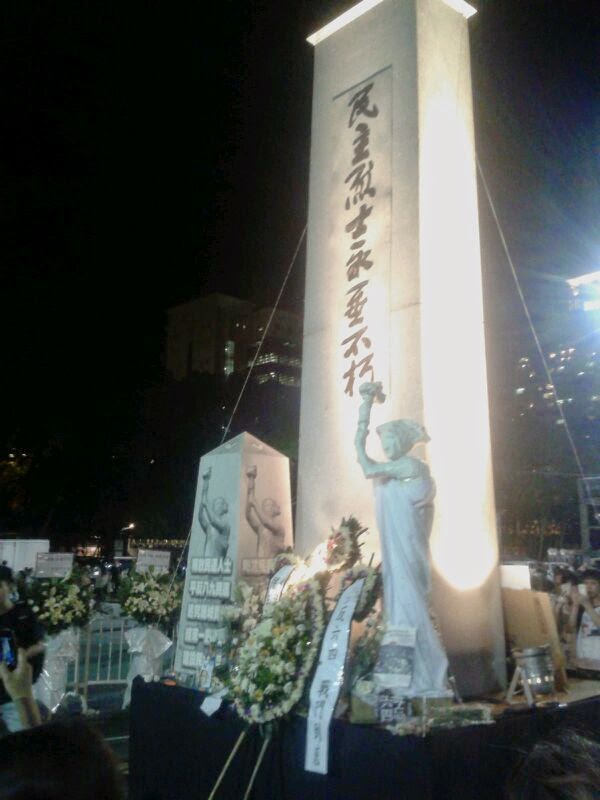 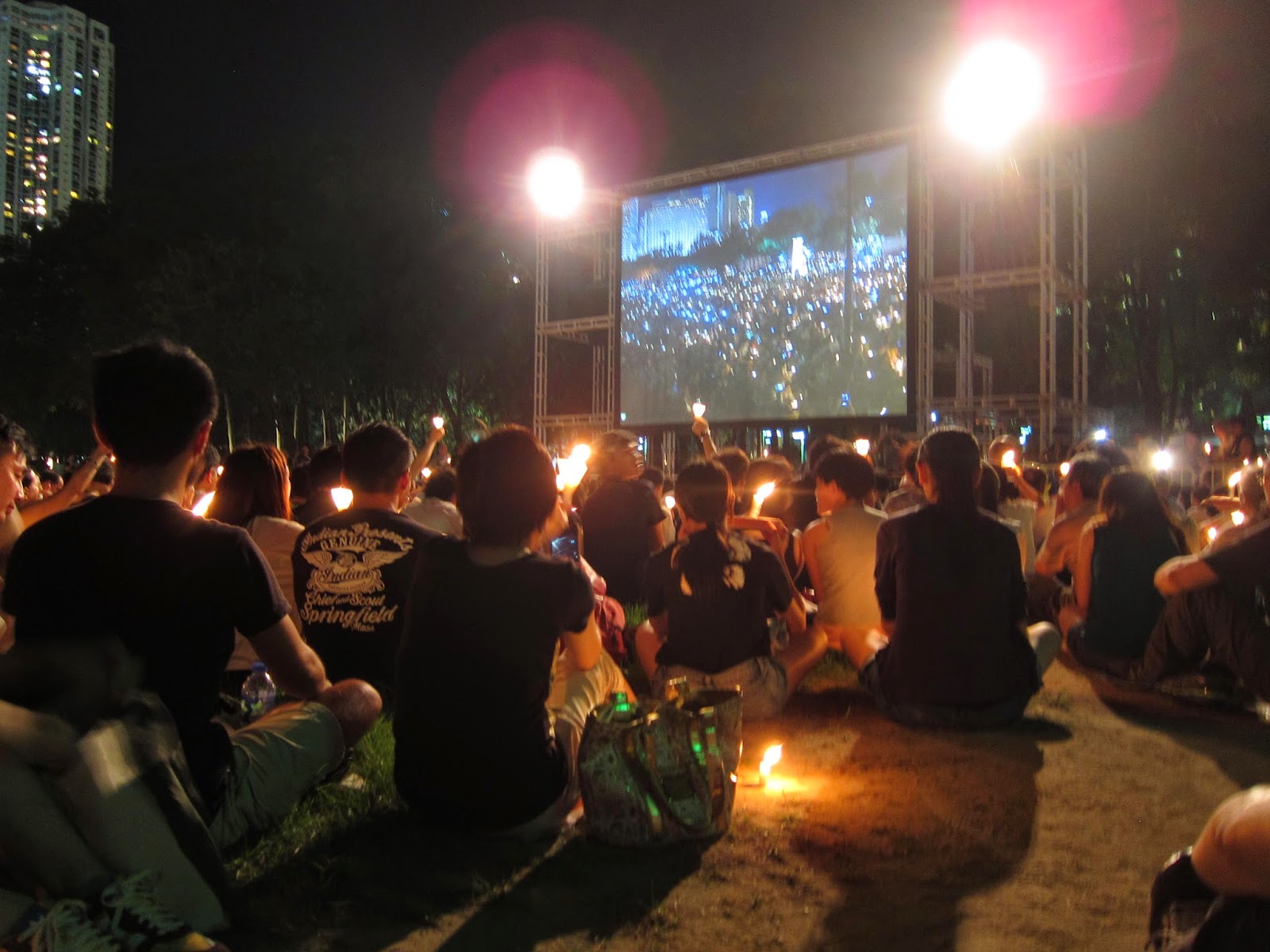 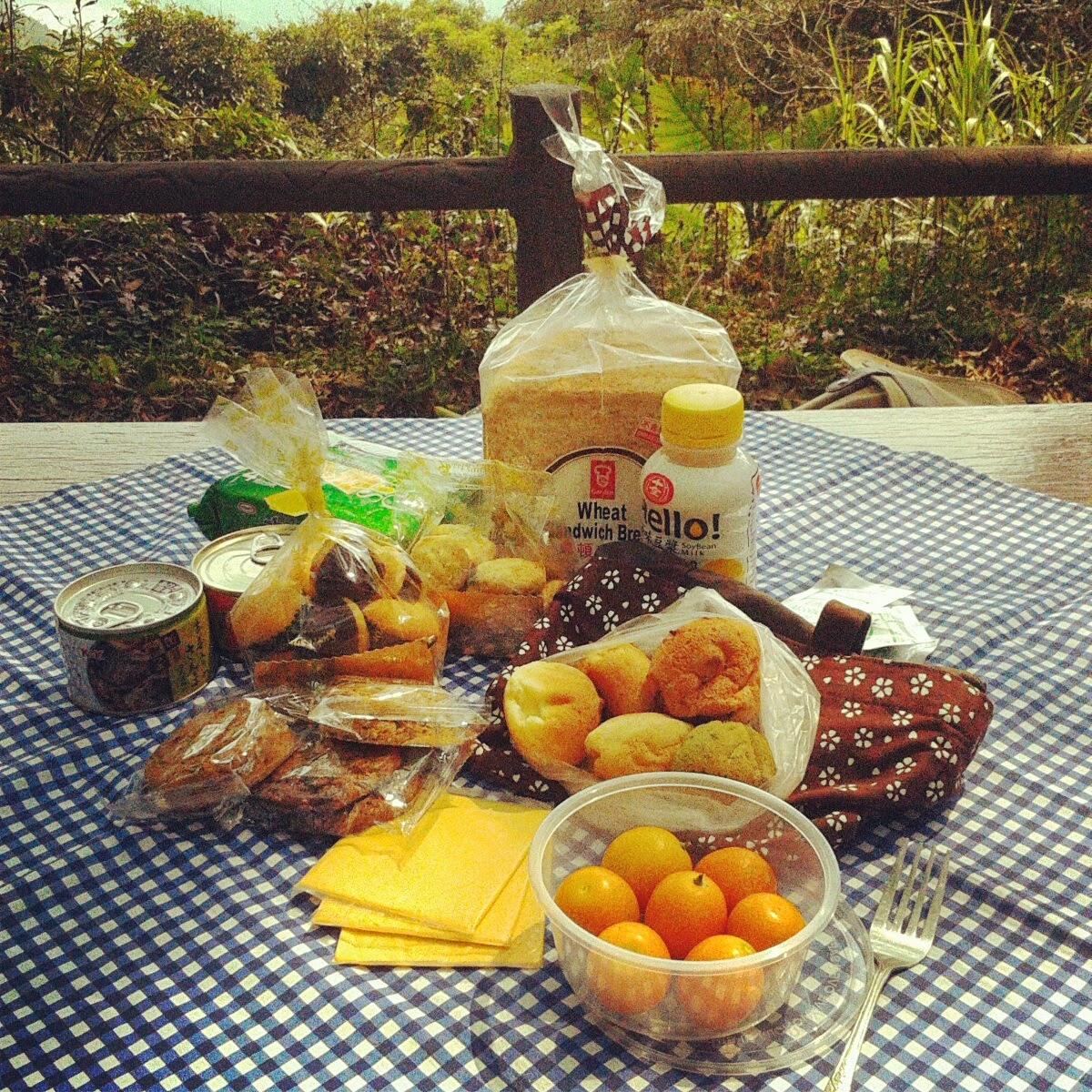 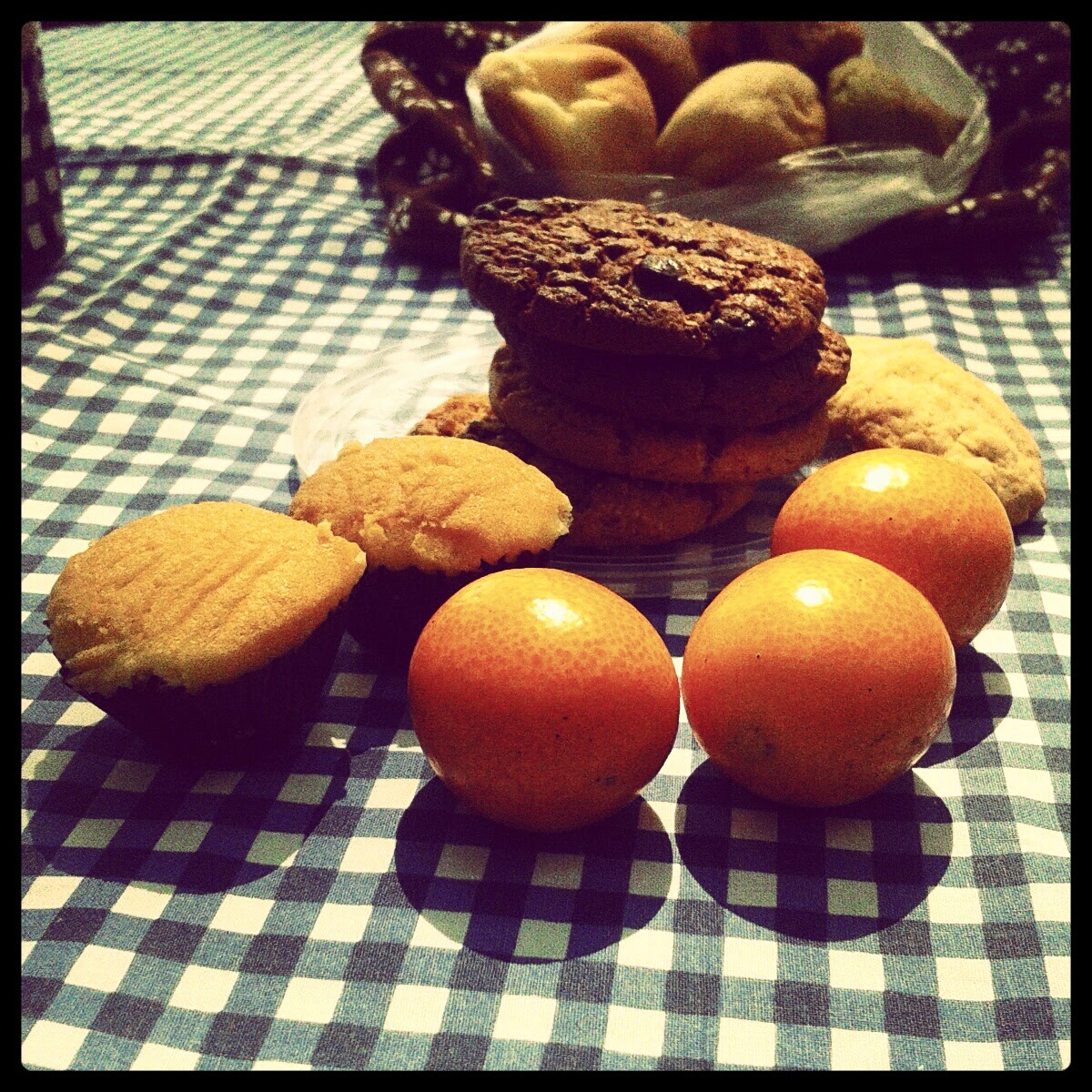 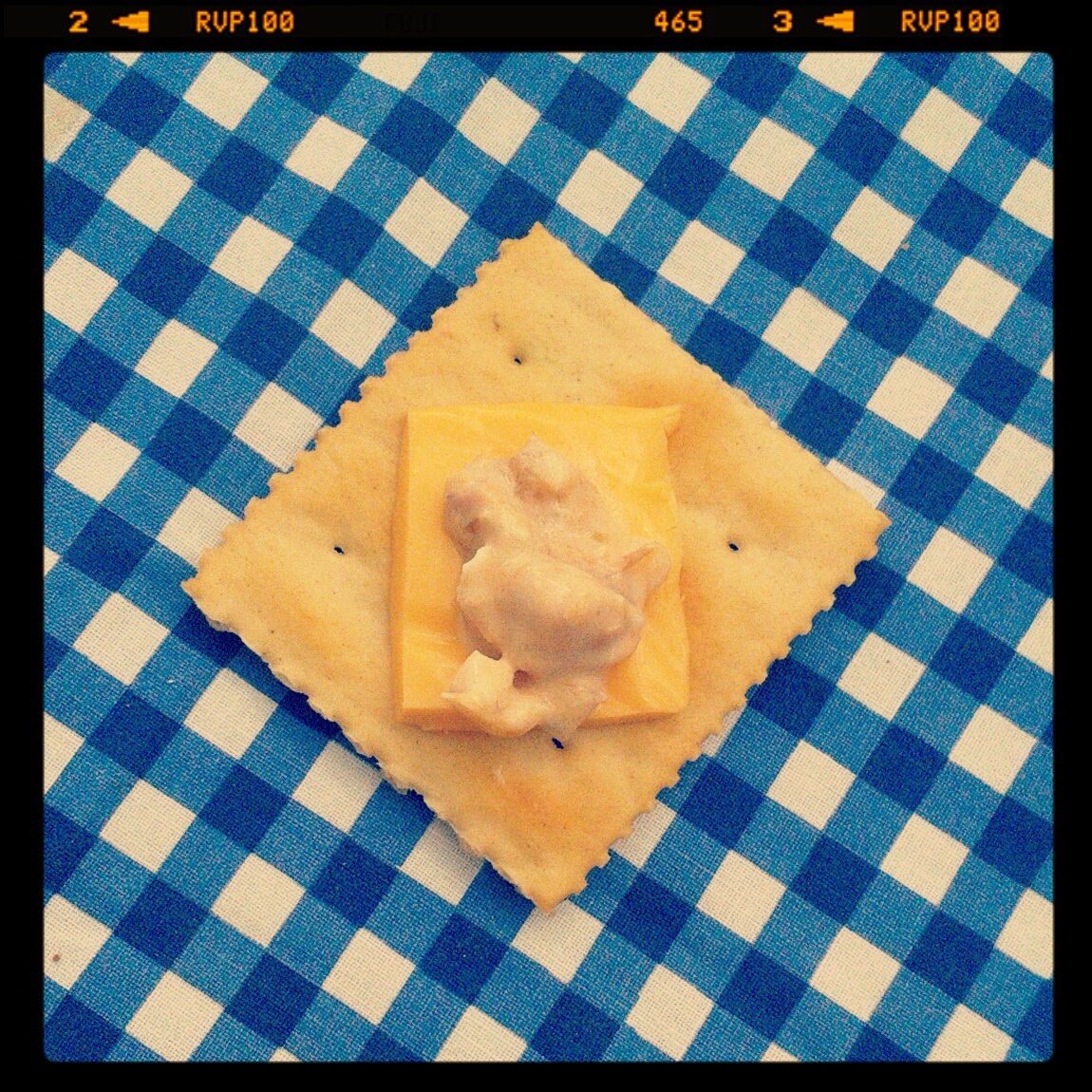 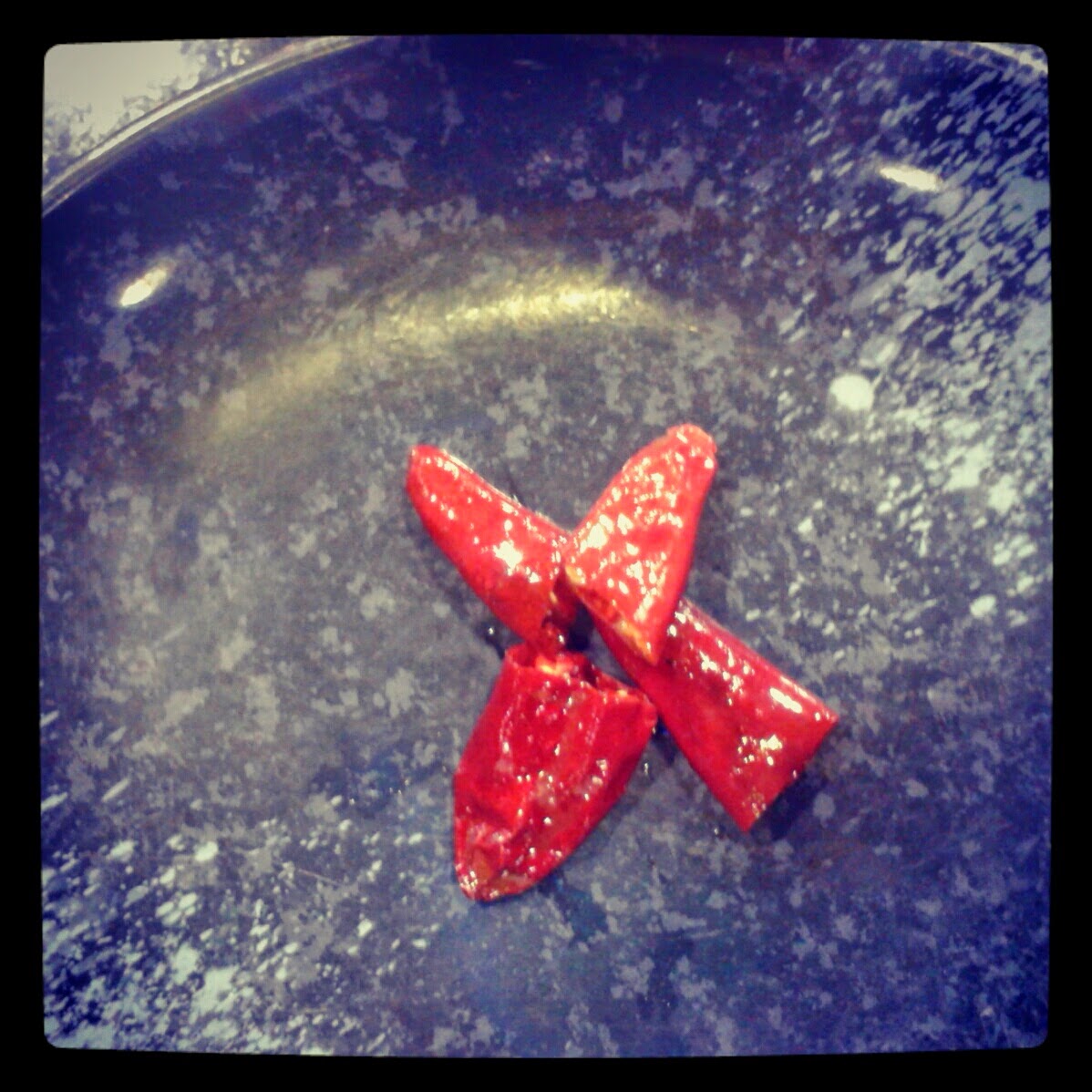 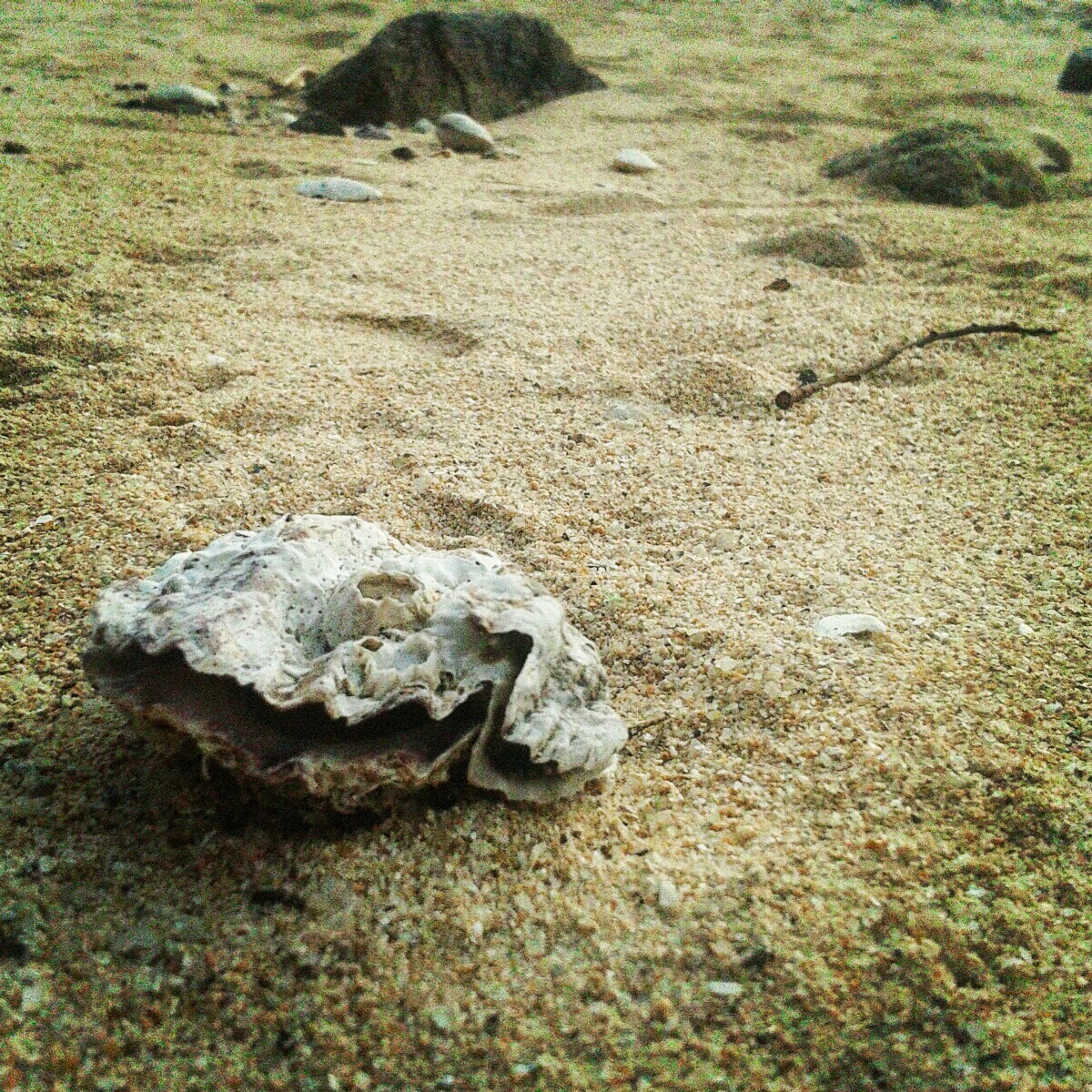 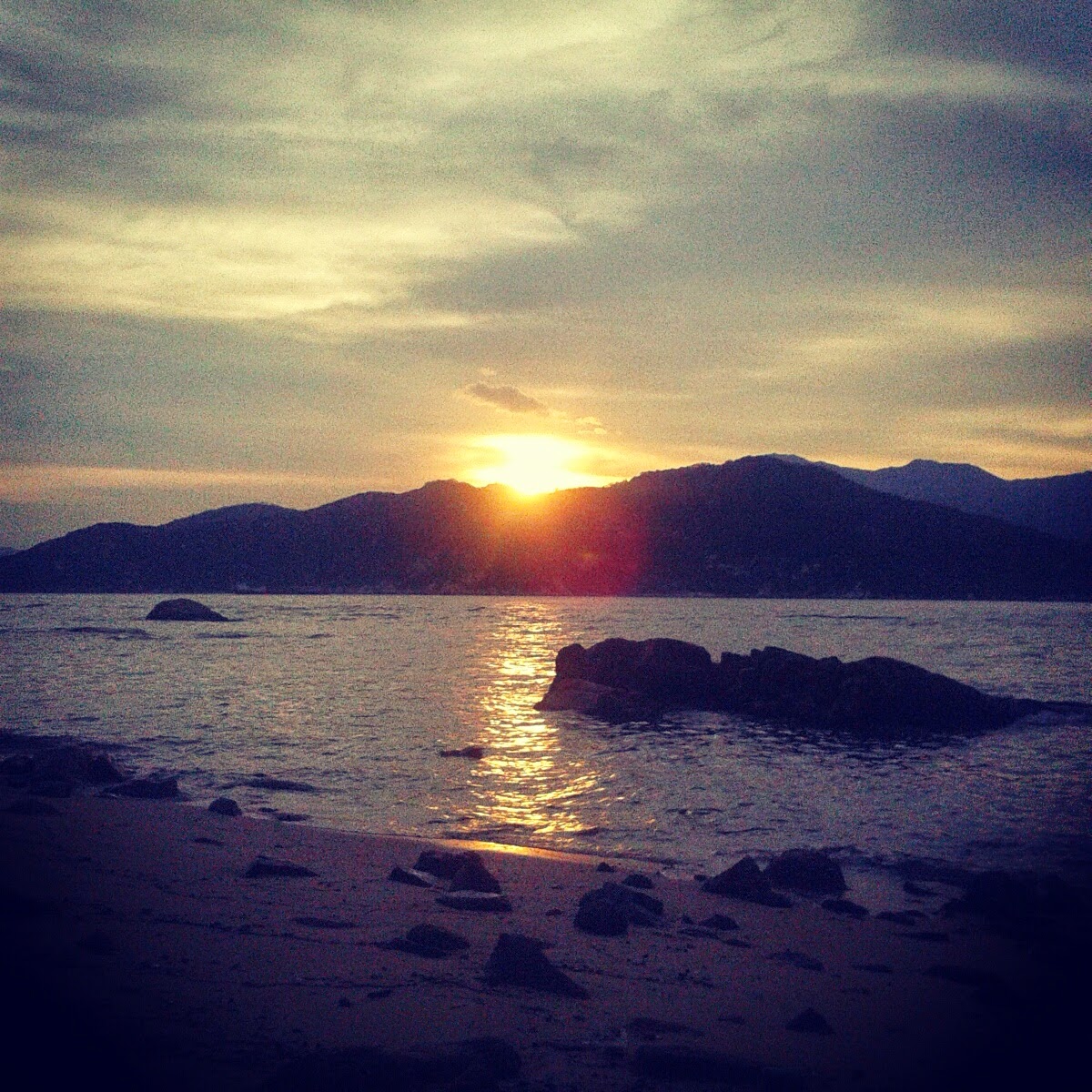 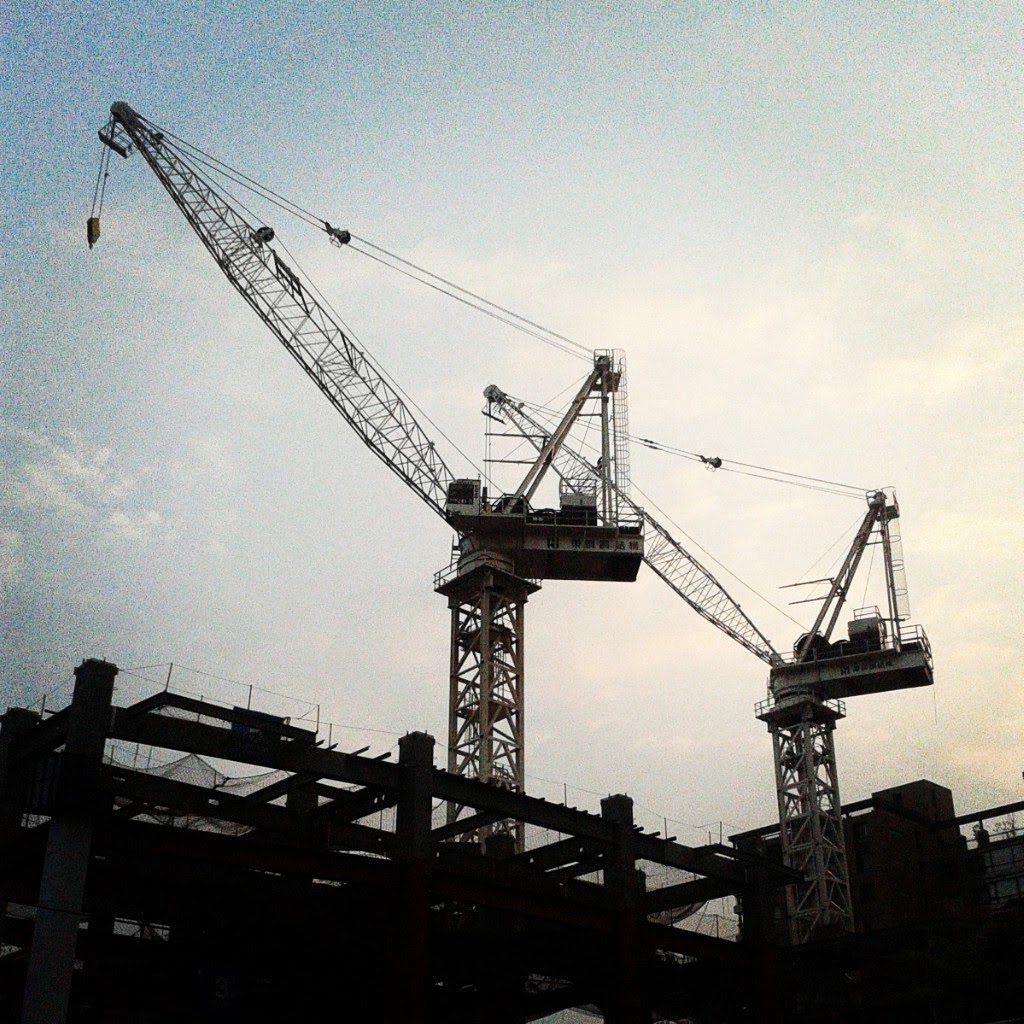 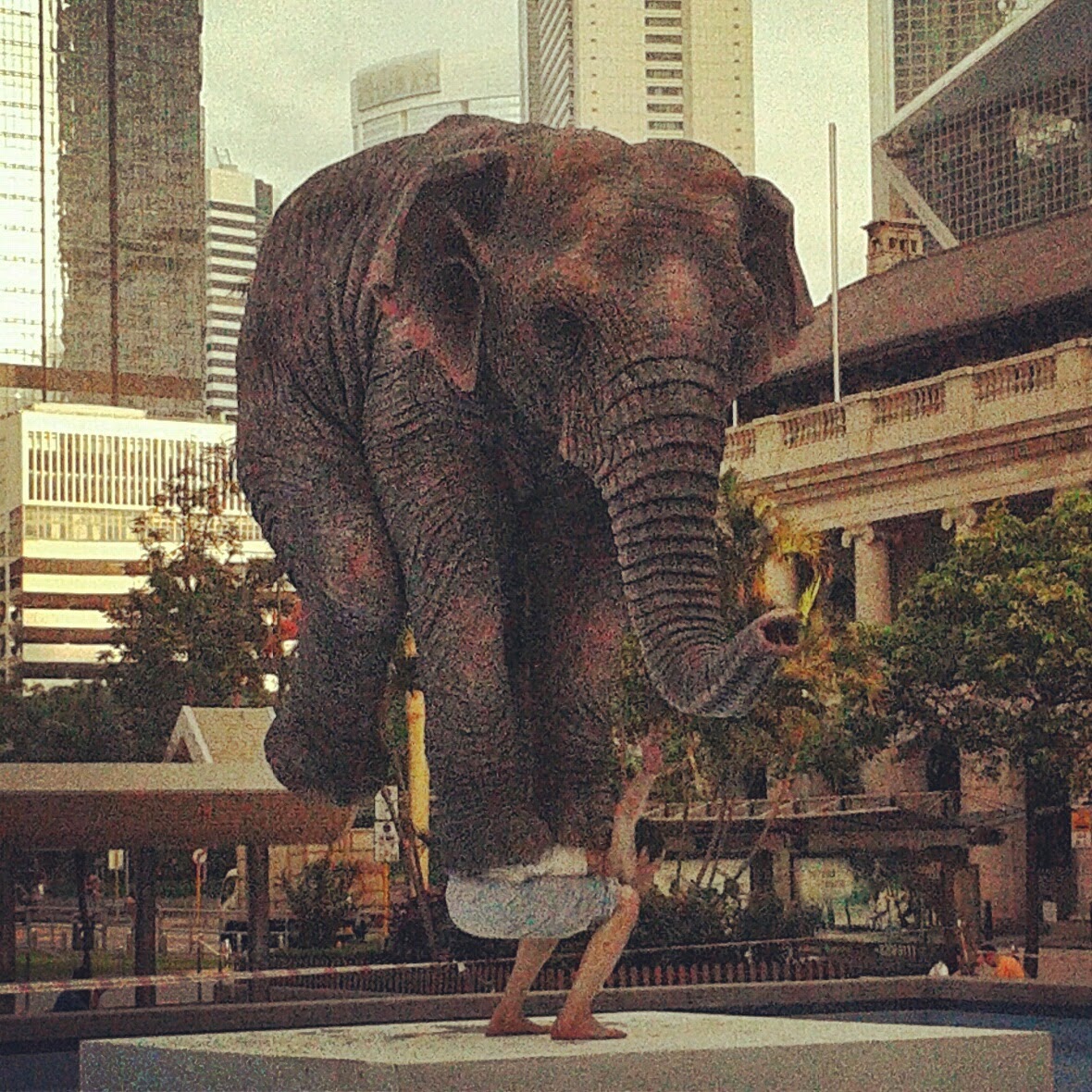 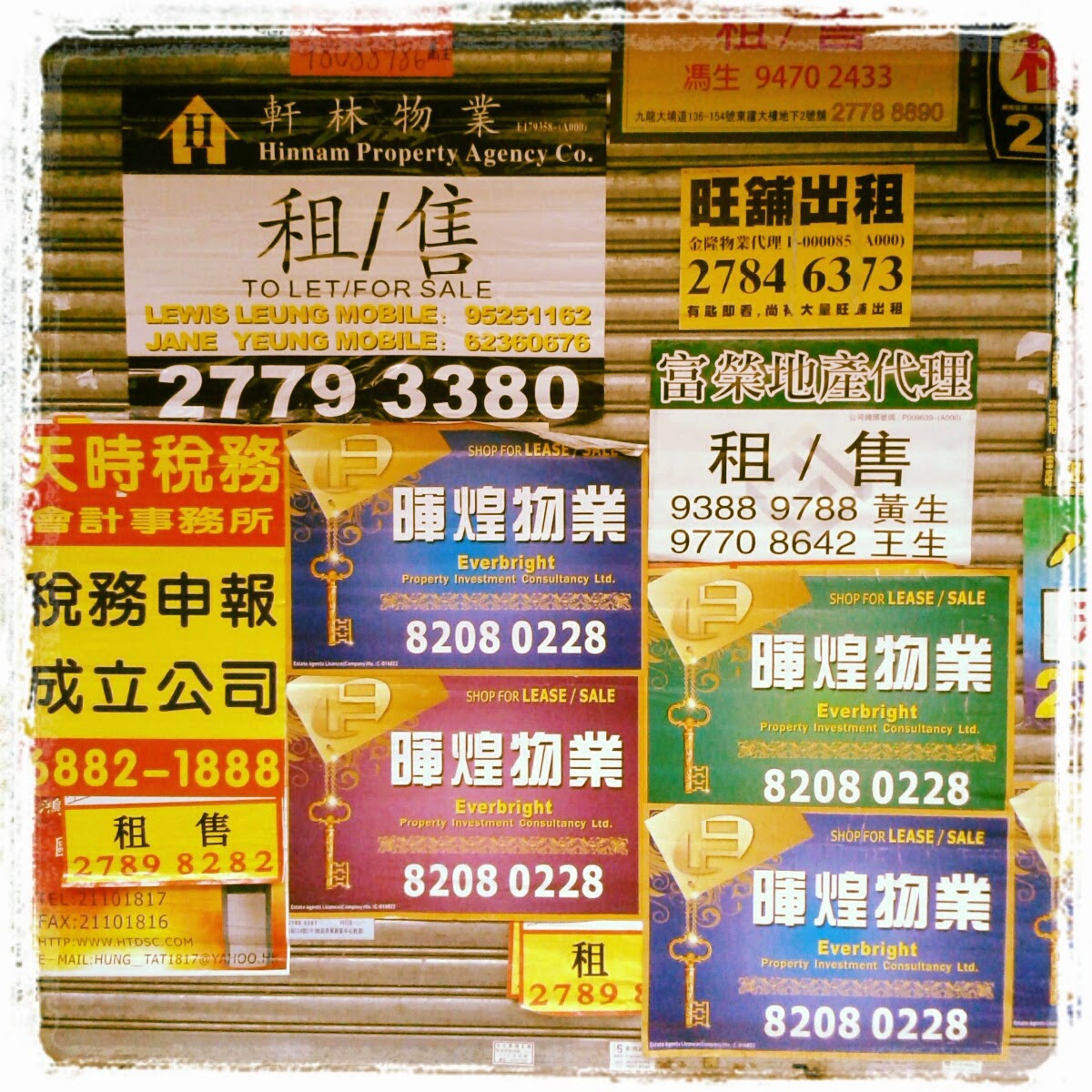 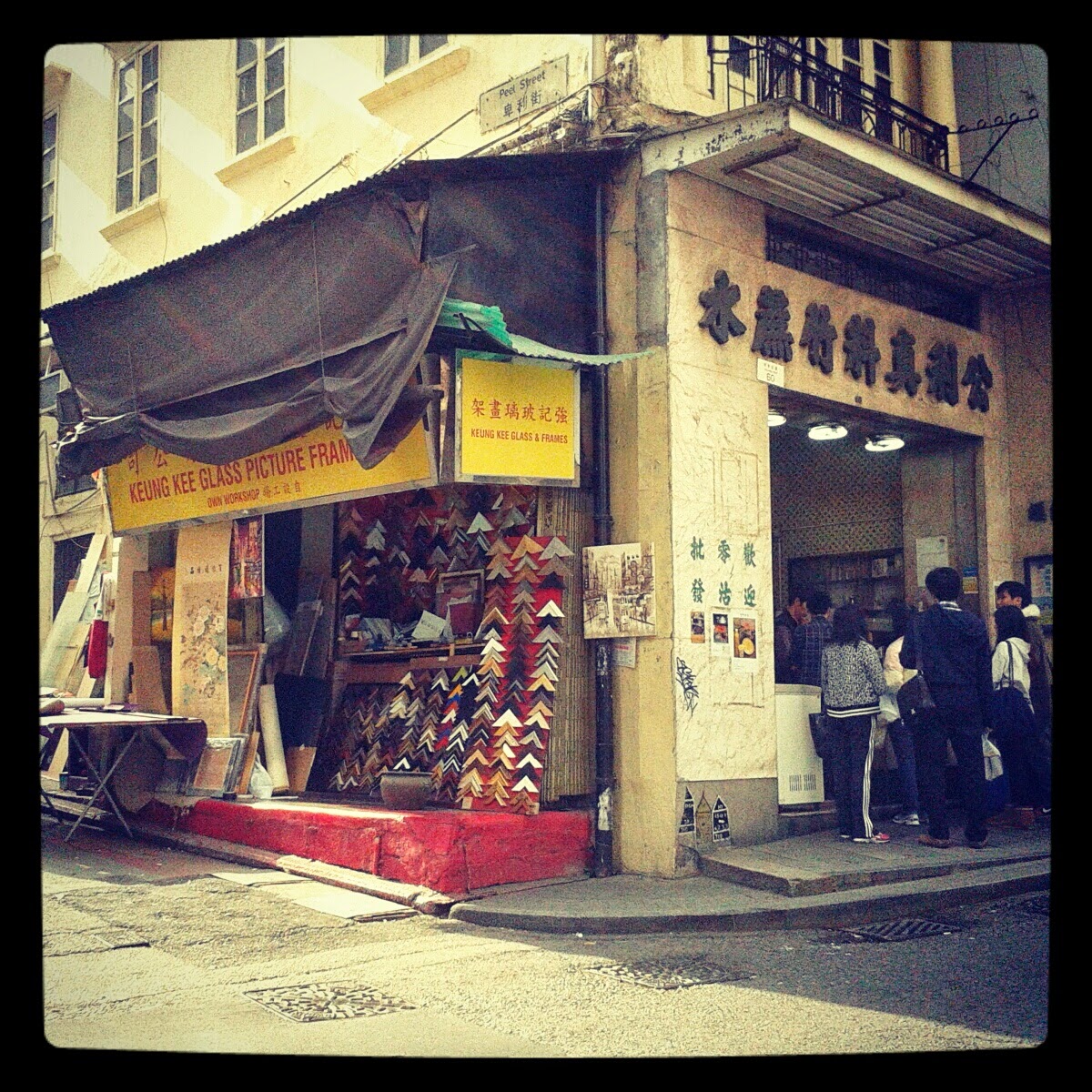 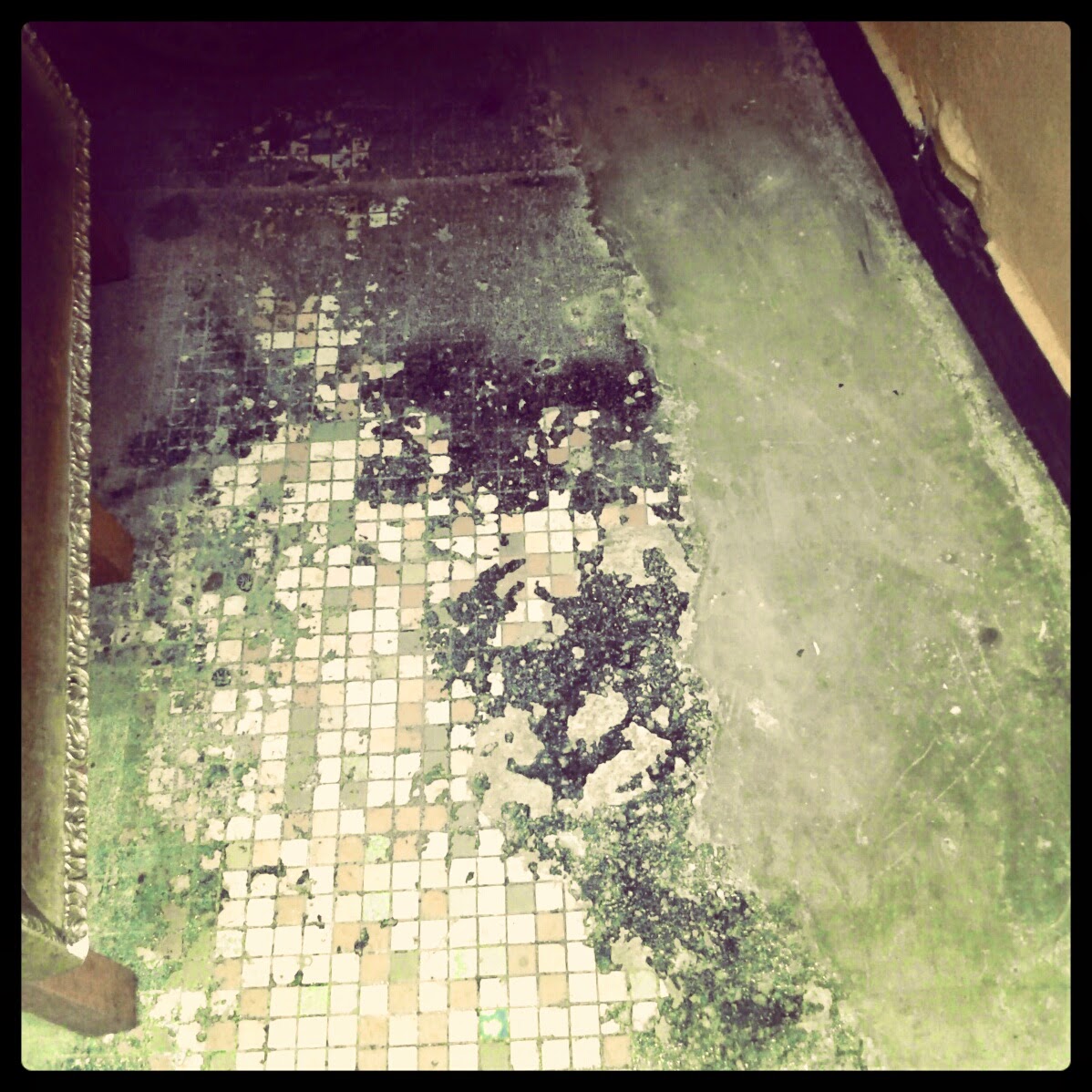 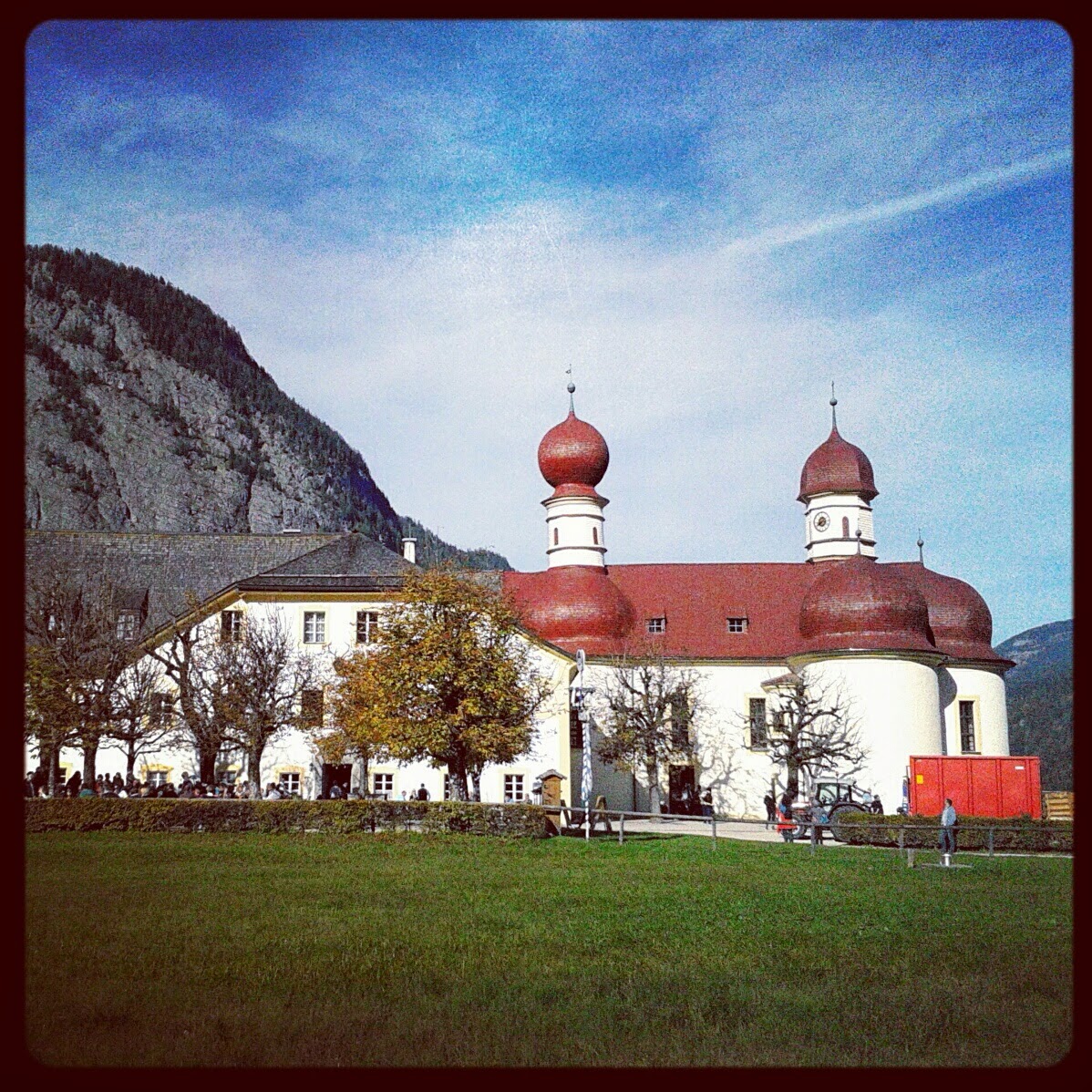