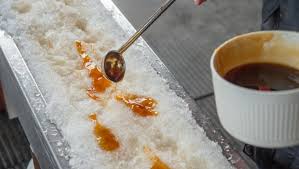 “Next year, he and Annie would be taking their child to a maple sugar shack for the annual sugaring- off celebration. They’d get in a horse- drawn sleigh and go deep into the woods, to a log cabin. There they’d listen to fiddle music and watch people dance, and eat eggs and bacon and baked beans and sweet, sticky tire d’érable, the boiled maple sap poured over spring snow and turned into toffee. Then rolled onto a twig, like a lollipop.”


“He immediately dropped his eyes, staring at his feet until he could control his emotions. Hormones, he thought. Damned pregnancy.”
- 今集Beauvoir出場不多，不過仍然有喜劇效果。
“He gave his plate to Jean-Guy and scooped her up, kissing her cheek, and the tears that were moments away turned to laughter, and she was off again.”
-Gamache的外孫女

“Gamache and Gélinas had made small talk in the car on the drive down, until it had petered out and both men had been left to the company of their own thoughts.”

“Ruth believed in precycling. An evolution on recycling. She made use of things before people threw them out.”
-Ruth經常拿喝朋友杯裡的酒，拿朋友的物品回家。作者這樣為她開脫。 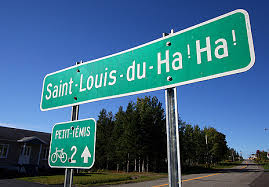 “But there’re other weird ones around. Saint- Louis- du- Ha! Ha!, for instance.” “There’s really a town called that?” “Oui. Complete with an exclamation mark after each ‘Ha.’”
-這個鎮的中文名叫「聖路易士哈！哈！」 :D

“What seemed incredible now seemed normal then. Leduc had the ability to create an entire world, with its own rules and gravity. Nothing he did could be strange, because he decided what was normal.”
-令我想起毛澤東和希特拉。

“It’s terrifying. Being lost is so much worse than being on the wrong road.”


//The stairwell was flooded with light from the three- story window that framed the vast thawing prairie. The echo of cadets calling to each other to hurry bounced off the walls, and urgent steps were heard on the marble stairs below. And Armand remembered how he and Michel would race up an old, scuffed mahogany staircase, taking them two at a time. Late for class. Again. Because of some sudden discovery the young men had made. A trap door. The way into the attic. A bone that might be human. Or from a chicken.

“I wouldn’t have brought him here if I didn’t think there was good still in him,” said Gamache, the distant laughter echoing off the glass and concrete.＂//

-對青春的回憶
“This was the worst ghost story yet. The phantom life that might have been.”

//“There is always a road back. If we have the courage to look for it, and take it. I’m sorry. I was wrong. I don’t know.” He paused again. “I need help. Those are the signposts. The cardinal directions.”//